The best thing that has ever happened to me in Travel was getting stuck for 1 night in Iceland.

When my flight was delayed for 3 hours from Amsterdam to Reykjavik I could already feel that there is no way I will make it to my connection from Reykjavik to Toronto.

I was absolutely right, and Wow Air paid for transfers and the Keilir hotel for the night and even dinner.

I could hear some folks complaining that they are not going to make their connections in time to fly to Toronto, Boston etc. I, on the other hand could not be any more excited about this adventure as Iceland has always been on my bucket list. This was the best layover in my life and it was not even planned.

Icelandic language is very cute with ‘ki ‘ki Reykyaviki kind of sounds. For example: ‘For Your Safety’ in Icelandic will be just 1 word – Öryggisreglur. I also found this language having no intonation whatsoever because when they speak it is all on one tone, one breath, one paste, one everything. Oh well, maybe it was just one hell of a tired flight attendant that I`m talking about.

I knew right away that I want to get to the Blue Lagoon at any cost. I quickly found fellow travelers whom wanted to go there as well and we shared a cab together just after we dropped our luggage at the hotel.

We were rolling down the black roads made from volcanic lava for about 30 minutes. All of the sudden I saw colorful mist far away – we were getting closer to their famous Blue Lagoon.

This natural wonder SPA was expanded in 2016 and is nothing like I ever seen or felt. The water is really blue, it is also half salty so you can’t really float like you do on the sea, but you feel pretty light and pretty good just by being in this warm nutrition filled water. It is not deep, it is just perfect to walk around. No one was really swimming, for some reason it was easier to just stroll through it. There are also saunas, steam rooms and stinky but very healthy small waterfalls where I gave my back a little massage.

I loved the mask station where you have 1 soft facial mud mask that is included in your entrance fee. Just imagine, a tall blonde Icelandic girl is in a coat (because it is windy 2nd of December we are talking about) in Mask Kiosk making you a fresh silica mud mask. After that you are in a swimming suit on the other side of the kiosk in nice warm water applying that mask. I have also purchased with my smart admission bracelet an algae mask for a few Euros because since I am here I need the Young Look mask as well. 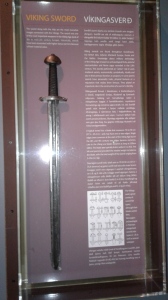 Special thanks to my sister who just gave me a new bathing suit in Italy as a present because otherwise I would have to soak in Blue Lagoon in regular underwear as I would still go no matter what. There are also massages, restaurants and a gift shop.

I had only 1.5 hours before the lagoon closed for the day, but those were the most amazing and relaxing 1.5 hours that I ever had after traveling. 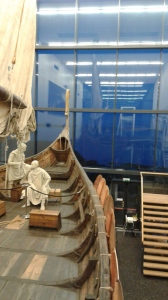 While floating in the lagoon, I lost my new buddies that I shared the cab with and on the way back I took a cab alone which was 50 Euros, entrance to the Blue Lagoon is also 50 Euros. In general everything is expensive in Iceland as this country has crazy debts. 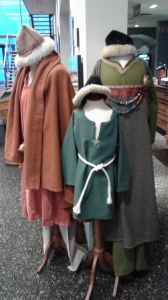 I found fish and crabs to be cute on the Icelandic króna coins. I found it similar to Switzerland situation except debts because salaries in Iceland are also accordingly high, cab driver told me that his salary equals 5000.00 USD a month.

I woke up so fresh after the Blue Lagoon that I decided to take another cab and go to the Viking World Museum first thing in the morning and to be back by the time of my airport transfer.

I was the only person in this museum at 10 am and I loved it. It gave me chance to try some clothes on, to watch videos without being interrupted and to stare on Vikings and trolls tales for as long as I needed to.

The Atlantic Ocean smelled so good and morning birds were singing around me. I took a walk around the museum and even got the chance to see the Northern Lights through the lenses of my camera. It was a cloudy dark winter morning as we were on the darker half of the year where day light is limited to just a couple of hours per day.

I couldn’t see the Northern Lights with my bare eyes, however when I looked through my camera I saw something greenish in the sky and between clouds. God was sending me signals or Northern Lights were just above me!?

Iceland looked exactly how I pictured it in my head: yellow grass, black roads, hospitable blond people with blue eyes who put paper snowflakes in their windows…

From hotel I saw mountains far away. It is too bad I didn’t see any volcanos or gazers. I have to return to this magical land one day and for now this fresh air makes me tired, let’s fly back home. After all I only have half an ocean left till Canada.

Waiting in check-in line I heard people exchanging their “stuck experiences“ and I felt sad for those who just spent the night in the hotel and didn’t go anywhere. We have only 1 life to live so live it right!